Lightning bugs are insects you can attract to your backyards. Unlike many other bugs that bite and are poisonous.

The major challenge most people face is how to attract these Amazing bugs into their backyard. Relax, you’re in the right place to learn how to attract lightning bugs.

Bug Zappers attract lightning bugs when it turns on and emits bright light. The lightning bugs are naturally attracted to warm and humidity that is produced by the bug zappers.

This is an effective way to attract lightning bugs into your outdoors through the use of Zapper.

In this article, you will learn easy ways to effectively attract lightning bugs into your outdoors.

The bug zapper is an electrocute device that’s built to power by electricity. A simple device you can hang anywhere outdoors.

It is constructed with metal and LED bulbs inside.  The LED bulb emits UV light that attracts lightning bugs and other bugs.

The brightness and the little amount of heat that comes from the device when it switches on is what most bugs trace to wherever you hang it in your backyard.

Because of the irresistible lure of their light, bug zappers are incredibly effective at killing bugs. The only problem: They aren’t killing the bugs that bother you.

How to Attract Lightning Bug

There are many other ways you can choose to attract lightning bugs into your outdoor space without the use of bug zappers.

These ways are cost-effective and proven ways you can use to attract lightning bugs into your backyard. 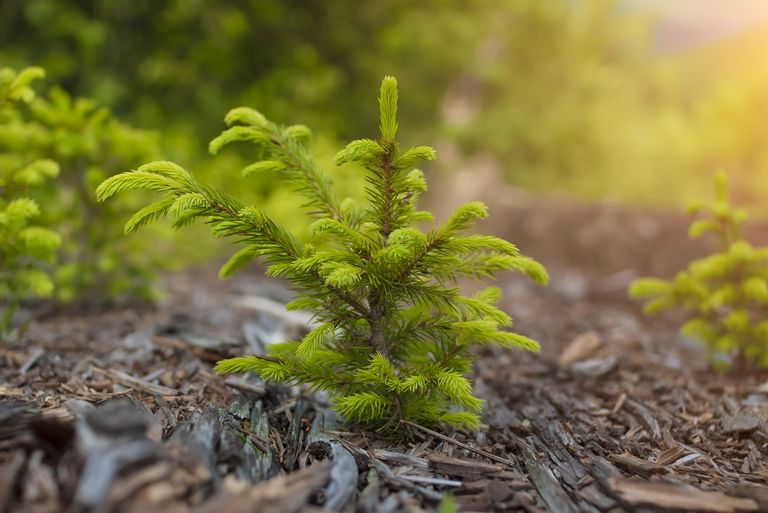 Lightning bugs stay in a place that’s habitable. So, if you need lightning bugs in your backyard then you need to create a conducive environment for them.

Planting of native Pine trees in your backyard is one of the ways to create a habitable area for lightning bugs.

When you plant pine trees you naturally create a habitable place for lightning bugs to mate and lay eggs in the canopy.

The pine trees provide a dark, safe place for fireflies to rest during daytime. Also Larvae grow and flourish in their needless, creating the perfect habitat for population growth.

2. Stack Up Some Firewood 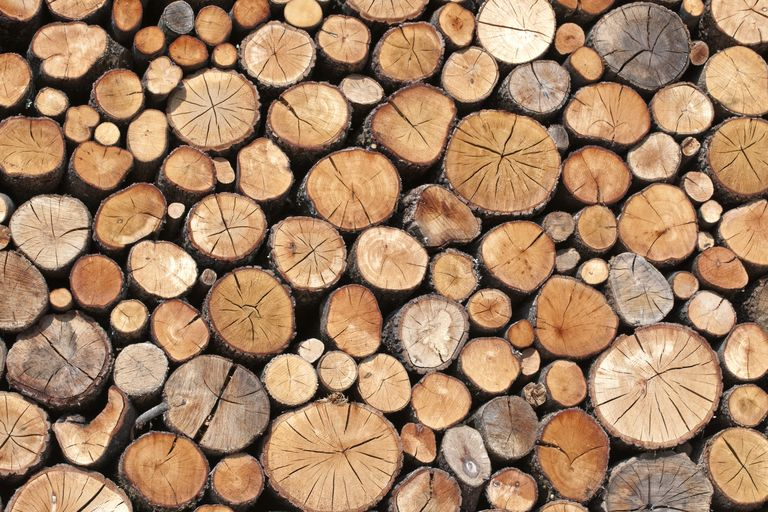 You need to deliberately stack up some firewood at specific places at your outdoor space.

Whether or not your home has a fireplace, you can add a wood pile to your yard to bring fireflies in.

Because fireflies or lightning bugs lay their eggs in rotten logs and other brush on the forest floor. While larvae feast on the slugs, snails, and worms that this type of damp habitat attracts.

Part of the building and habitat for firefly larvae is by letting some brush and logs accumulate under the trees in your yard. 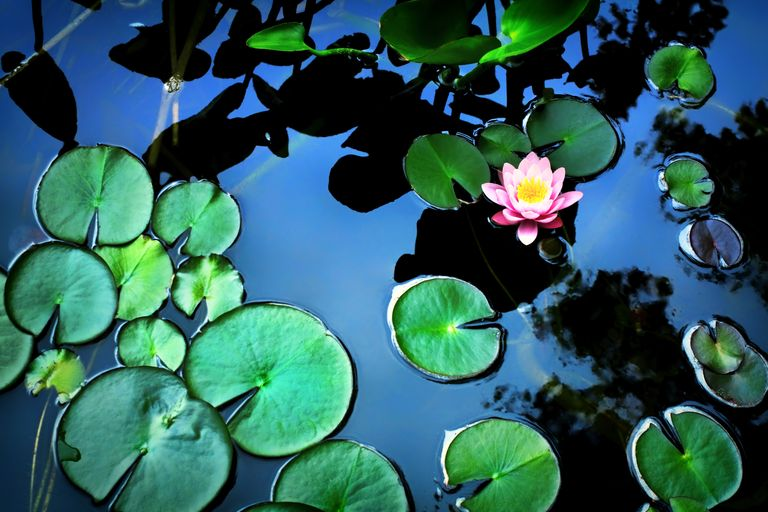 Water feature is another habitable area to build in your backyard. Lightning bugs love to live where there is water.

Invariably, when you build or construct water features like ponds, standing water, and marshy, you have automatically invited lightning bugs.

Health wise you are not to stay with mosquitoes because it is a threat to your health. It easily lays eggs in the standing water.

4. Turn Off Your Porch Light 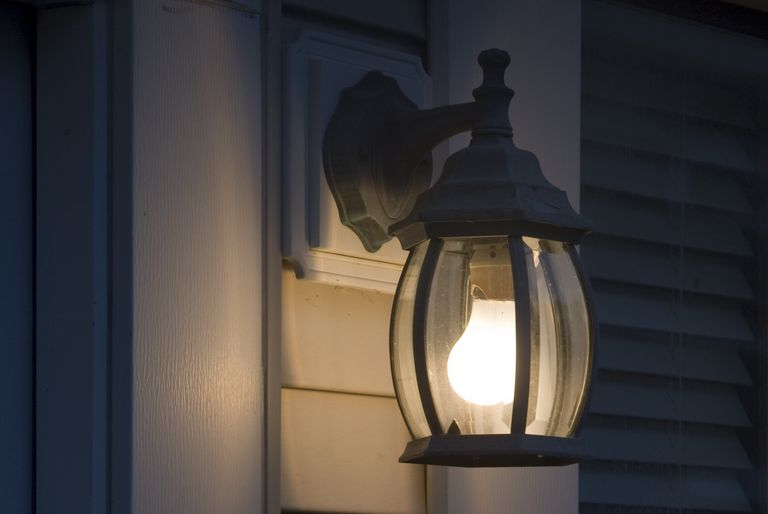 You have to constantly turn off your porch light when you want lightning bugs to glow in your backyard.

Lightning bugs do not stay where there are lights. Because it will not allow it to grow. Meanwhile, lightning bugs glow for two reason:

The male lightning bug uses distinct light patterns to let females of the same species know where they are.

The females, who typically remain perched on tall grasses, signal back if they’re interested in a nearby suitor.

Hence, your outdoors lights will outshine the little of lightning bugs, and interfere in their mating behaviour, therefore put off your lights. 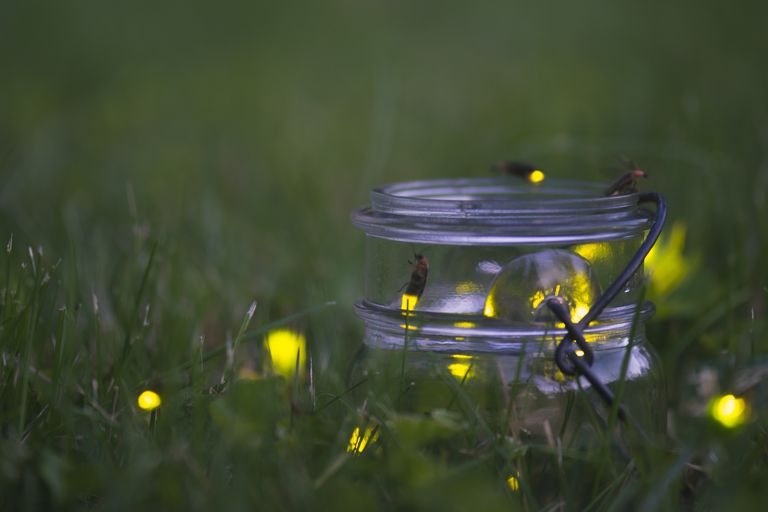 The female lightning bugs like to hide under tall grass, while the male ones fly over looking for the female.

The high grasses are habitat places for lightning bugs. The National Gardening Association recommends letting the perimeter of your yard grow wild to create these favorable conditions.

At the very least, you can decrease the risk of killing fireflies as they rest on tall blades of grass during the daytime.

If you’re concerned about leaving brush and tall grass because ticks tend to hang out there, you could compromise and only let the brush build up on the outer edges of your property.

With this, you will have lightning bugs in your backyard to help you pollinate your plant.

Bug zapper can’t kill mosquitoes because the UV light that it emits is not attractive to mosquitoes.

According to research carried out by the University of Delaware, it was found that six residential bug zapper over a 10-week period and found that of the 13,789 insects killed, only 31 were biting flies (including mosquitoes).

From the statistics above, it shows that bug zapper can’t kill any biting insect including mosquitoes.

The bug zapper is built to attract lightning through the UV light and have low capacity to either attract biting insects or kill them.

The mosquito zapper is basically designed to electrocute mosquitoes that come in contact with light.

Does Bug Zappers Kill Any Insect

The bug zapper is designed to kill any insect that enters inside. Since most insects are attracted to the UV light.

Regardless of the species of insect, the machine will kill it, so long the insect enters inside.

Therefore, the zapper will get all types, as well as any beneficial flying insects that prey on other bugs that you don’t want around.

A 1996 study conducted by the University of Delaware collected insects killed in six separate zappers, finding that only a small portion killed were biting or harmful insects such as mosquitoes, flies and gnats.

In fact, there were more non-biting species killed by bug zappers such as fireflies and beetles.

The bug zappers attract lightning bugs when it switches on. It is one of the easiest ways to attract fireflies.

Other ways shared here are also an effective way you can use to attract lightning bugs into your backyard.